„Mosaics in Big Data - Stratosphere, Apache Flink, and Beyond”

The global database research community has greatly impacted the functionality and performance of data storage and processing systems along the dimensions that define “big data”, i.e., volume, velocity, variety, and veracity. Locally, over the past five years, we have also been working on varying fronts. Among our contributions are: (1) establishing a vision for a database-inspired big data analytics system, which unifies the best of database and distributed systems technologies, and augments it with concepts drawn from compilers (e.g., iterations) and data stream processing, as well as (2) forming a community of researchers and institutions to create the Stratosphere platform to realize our vision. One major result from these activities was Apache Flink, an open-source big data analytics platform and its thriving global community of developers and production users. Although much progress has been made, when looking at the overall big data stack, a major challenge for database research community still remains. That is, how to maintain the ease-of-use despite the increasing heterogeneity and complexity of data analytics, involving specialized engines for various aspects of an end-to-end data analytics pipeline, including, among others, graph-based, linear algebra-based, and relational-based algorithms, and the underlying, increasingly heterogeneous hardware and computing infrastructure. At TU Berlin, DFKI, and the Berlin Big Data Center (BBDC), we aim to advance research in this field via the Mosaics project. Our goal is to remedy some of the heterogeneity challenges that hamper developer productivity and limit the use of data science technologies to just the privileged few, who are coveted experts. 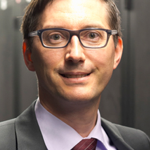 Volker Markl is a Full Professor and Chair of the Database Systems and Information Management (DIMA) Group at the Technische Universität Berlin (TU Berlin) and he is Chief Scientist and Head of the Intelligent Analytics for Massive Data Research Group at the German Research Center for Artificial Intelligence (DFKI). In addition, he is Director of the Berlin Big Data Center (BBDC), a collaborative research center bringing together research groups in the fields of distributed systems, scalable data processing, text mining, computer networks, machine learning, and applications in healthcare, logistics, Industry 4.0, and information marketplaces. Furthermore, he is co-director of the newly established Berlin Center for Machine Learning (BZML, Berliner Zentrum für Maschinelles Lernen). Volker has published numerous research papers on indexing, query optimization, lightweight information integration, and scalable data processing. He holds 18 patents, has transferred technology into several commercial products, and advises several companies and startups. He has been both the Speaker and Principal Investigator for the Stratosphere Project, which resulted in a Humboldt Innovation Award as well as Apache Flink, the open-source big data analytics system. He serves as the President-Elect of the VLDB Endowment and was elected as one of Germany's leading Digital Minds (Digitale Köpfe) by the German Informatics (GI) Society.

„The future of intelligent planning and analytics“

In a “garage report” Matthias Kraemer will present current approaches and solutions from the world of SAP Analytics cloud. A look behind the scenes allows insights into the very latest developments, trends and use cases. What helps universities plan their way into the future world of SAP Analytics and how can they bring in their expectations and requirements? 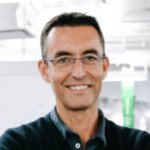 Matthias Krämer is a senior software executive with more than 20 years of international experience in analytics, finance and enterprise performance management solutions. He joined SAP in 2017, driving SAP Analytics Cloud planning to be one of the leading Cloud FP&A solutions on the market, with currently triple digit growth. Guiding the development organization to focus on customer demands and fulfilling SAP’s Intelligent Enterprise, he also works closely with Product Marketing/Management and Analyst Relations. Additionally he is engaged with worldwide SAP Customers and Partners to ensure quality, success and adoption of the implemented SAC solution. Previously to SAP, Matthias was Chief Technology Officer and Member of the Executive board at Jedox AG and Product Manager at Infor, responsible to integrated Infor’s BI portfolio into SAP environments.

„Star Trek and the workplace of the future”

In his Keynote he will associate Star Trek with the topic of workplace of the future. Star Trek scenes such as the bridge, the engine room or the infirmary are a kind of workplaces. Though these are fictional, they have equivalents in the real world such as navigation bridges on ships, cockpits in airplanes, operation rooms in hospitals or even conventional office workplaces. What differentiates the workplaces shown in Star Trek from their real-world counterparts are the seemingly completely error-free, always available and correctly working ICT systems. While current ICT is such error-prone that – according to Thomas Friedman – it has brought the “age of interruptions” to us users, Star Trek ICT would allow for beaming from an exploding planet in the very last second. To what extent it could be realistic to find the concepts presented in Star Trek at future workplaces from the perspective of Human Computer Interaction (HCI) will be addressed in the speech. 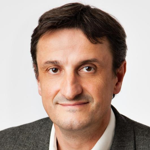 Gerhard Leitner is currently an Associate Professor in Human Computer Interaction at the University of Klagenfurt, Austria. He holds a diploma in Applied Psychology from the University of Vienna and a doctorate in Human Computer Interaction from the University of Klagenfurt and was an Usability Executive at Kabel New Media. The main focus of his current research is the interaction with intelligent environments, specifically smart homes, and their relevance in new forms of human machine interaction in regard to specific contexts (workplace, home), particular forms of interaction (gesture, speech, peripheral, “calm”) and specific groups of users (e.g. elderly, children). He has participated in or coordinated several internationally and nationally funded research projects, as well as industrial projects with partners such as ZDF, BMW, OEBB, OEKB, Pago, Raiffeisen. He has co‐authored about fifty publications in the areas of User Experience and Human Computer Interaction and is a member of the ACM, GI and OCG.

Tilman Santarius advocates a soft digitalisation, that is oriented towards human and ecological dimensions. In his Keynote he will discuss, how a savvy combination of analysis, guidelines and design proposals can contribute to a sustainable and more comprehensive approach of digital innovation. Universities are communities of values, they represent academic freedom and openness in the best sense of the words. As a result, their institutional scope for action offers special opportunities. On the other hand, this also means a special responsibility: How can strategic goals of sustainable digitization be incorporated into their information management, monitoring and decision making? What incentives are conceivable, what hurdles need to be considered? 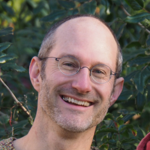 Tilman Santarius is scientific author and writes on topics such as climate policy, world trade, sustainable economics, global justice and digital transformation. Tilman co-authored the books: “Fair Future. Limited Ressources, Security, and Global Justice” (zed books, 2007); “Slow Trade – Sound Farming. A Multilateral Framework for Sustainable Markets in Agriculture” (www.ecofair-trade.org, 2007); and “Rethinking Climate and Energy Policies” (Springer, 2016). In 2018, he co-authored a book on Digitalization and Sustainability. During his studies, he jobbed for Greenpeace and the Kienbaum Management Consultants. From 2001-2009 he served as Senior Research Fellow at the Wuppertal Institute for Climate, Environment and Energy. From 2009-2011 he was Head of International Climate and Energy Policy at the Heinrich Boell Foundation. During the academic year 2013/2014, he was Visiting Scholar at the University of California, Berkeley. From 2016 onwards, Tilman heads a Junior Research Group on “Digitalization and Sustainability” at the Technical University of Berlin and the Institute for Ecological Economy Research (IÖW). Since 2017, Tilman is professor for Social Transformation and Sustainable Digitalization at Berlin’s Einstein Centre Digital Future and Technical University of Berlin, Germany.

In his Keynote Timo Deiner will talk about different perspectives on innovation culture in companies, the expectations of “young talents” and what he is seeing at many customers. He shares his thoughts on innovation projects and talks about how to get started. His talk will always link to SAPs strategy ”The Intelligent Enterprise” and includes demos on how technology can be applied to innovation topics. The keynote will also give food for thought on transformation, the digital mindset of young people and their expectations and on the biggest risk today. 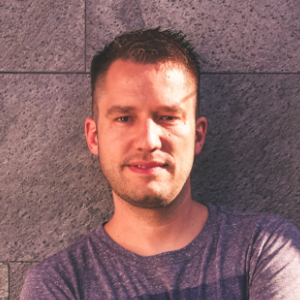 Timo Deiner is the Innovation Guy in the Office of the CTO Germany, a small team which is delivering lighthouse projects around topics like Digital Transformation. In his role Timo is keynote speaker with enthusiasm on Digital Mindset, User Experience and the Future of Work. Timo is actively listening to customers and their status on their digital journey and supports with his team the go live of digital projects. In his former roles Timo was always commited to SAP relevant innovation topics like Data Quality, Enterprise Information Management, Enterprise Mobility and cloud technologies like SAP Cloud Platform. He is also one of the contributors to the german book “SAP Leonardo”.